Get started
Find out your readiness against cyber-attacks or any adversaries, from a people and process point of view through or free High-level assessment.
Take advantage of our free Ransomware assessment to find out how resilient you are against these types of attacks. 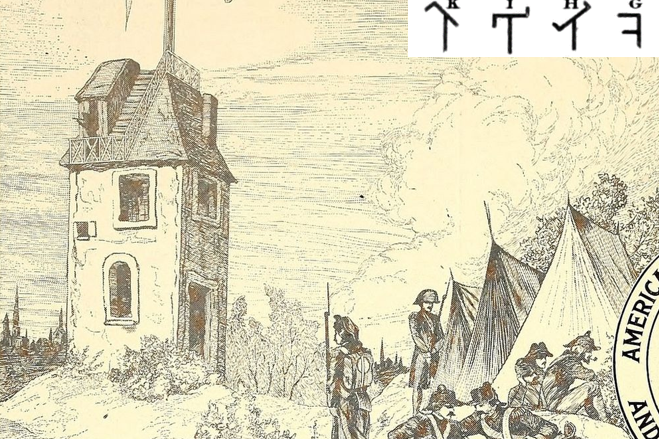 The History of Hacking: From the 19th century to today

The threat of hacking is a major problem for today’s interconnected world, but its history is a little less settled.

The fact that hacking is a major problem for today’s interconnected world is indisputable.

However, the history of hacking is a little less settled. Naturally, one would assume that hacking only became a problem when the worldwide web took over the world, but there are plenty of examples of other forms of messages being hacked in the past!

Towers that were erected all over France acted as a giant bucket brigade, relaying the information received from one tower to the next.

The system was first established in 1792 and was used for government communications.

Its principle of operation was rather simple. Each tower had indicator arms that could be pivoted to convey different symbols, and a succession of symbols were used to transmit messages.

Operators would use telescopes to read the symbols from the previous tower and then use the indicator arms on their own tower to create the same symbols for transmission to the subsequent towers.

In the year 1834, the Blanc brothers, who were stock traders in Bordeaux, found a way to cheat the system by bribing a telegraph operator at a location along the north-south telegraph route to alter the government messages by inserting an extra symbol indicating the direction of the market movement in Paris.

This inserted symbol would be immediately followed by the backspace symbol, ensuring that the final transcribed message didn’t contain anything out of the ordinary.

An accomplice observing the tower outside of Bordeaux would note the hidden message and inform the brothers, who could use their advanced knowledge of the news to purchase or sell the right stocks.

Fast forward almost two hundred years, and hacking has found many new forms; from the ransomware attack on the Colonial Pipelines to the cyber activists hacking and disabling the websites belonging to Gazprom and Russia Today, hacking has become a daily occurrence in today’s highlight digitised and interconnected world.

According to IBM, the cost of an average data breach in 2021 was USD 4.24 million. Interestingly, most breaches were caused by compromised credentials.

So what can you do to protect your organisation in face of this threat landscape?

Rezilens recommends a comprehensive approach that starts with a thorough Cyber Resilience Assessment (CRA) to identify and remediate the policies and procedures that would expose the organisation to cyber-attacks.

This is then followed by the implementation of various threat detection and mitigation tools such as penetration testing tools. Contact us to find out more about what Rezilens can do to help you secure your valuable data.